It’s been a while since we wrote about how the Premier League is like the recruitment office. Since then, a lot has happened. We’ve seen tears, glory, sackings and new hires. As we’re bubbling with excitement for the new season to kick off, we couldn’t help but update you. Here’s ‘If Premier League Football Teams Were Recruiters: Season 17/18 Update’.

At the end of the season, the Arsenal recruiter made a huge fuss about their veteran line manager. It all got a little silly and disrespectful. Now, they’ve been offered a small bonus up-front and everyone’s happy again. How long will it take them to throw their toys out the pram? We give it a month.

When this recruiter first entered the office, everyone made fun of them – no one expected them to last. After finishing mid-table last year, people are starting to take them seriously. We think they’re going to upset some of the big guns.

This plucky trainee has got everyone talking. They’re a recent grad who dazzled in their interview but it’s sure to end in tears. We think the interviewer must have been in a good mood when they chose to hire them – expect them to linger at the bottom of the pile all season long.

They narrowly survived losing their job last time around – now they’ve got an uphill battle to cement their position in the office. They may be optimistic but realistically, they haven’t got a chance!

They’re the recruiter everyone hates. They came out as top biller last time but we’ve seen plenty of recruiters working hard to overtake them. They’ve not developed much since their success and there’s rumours of a quarrel with their hugely popular line manager. We expect them to have a tough fight to hold onto their previous billing record. We’d love to see them crumble!

They’re not great but they are popular. Even though their performance is consistently below average, they’ve shown they can hold their own in the office. With the new appointment of a respected line manager, we’re expecting more direction and long-term ambition from this consultant.

We’ve been watching this recruiter with intrigue over the summer. They’ve been doing a lot of self-improvement. Though we doubt they’ll have what it takes to succeed. Expect another underwhelming season. At least they’ll enjoy watching their closest rivals fail too.

They’re not the usual type of consultant to be hired by this office. They stick out like a sore thumb. They’ve had a history of poor performances but now they’re proudly taking their place on the sales floor. Expect them to fail – they’re just here to make up the numbers.

When they won top biller, we cheered them on. When they failed the next year, we weren’t surprised. When they blamed it on their manager, we were offended. When they got a new boss and started performing again, we couldn’t believe it. It’s a soap opera and we have no idea what it has in store for us next year. All we know is, we miss you Ranieri!

We can hear the sighs from the Liverpool recruiter already. They’ve had a poor summer and their bid for top biller seems to be over before it begins. They’re good at aggressively hitting the phones but they can’t get the basics right. Stop pretending Liverpool recruiter – you’re not a big player in this office anymore.

They’ve been throwing their bank card around again this year. Fancy shoes won’t guarantee the Man City recruiter will be top biller but it sure helps! We like to say money isn’t everything but deep down we’re all just jealous.

Another big spender! The Manchester United recruiter seems to be trying to out-do its neighbour. We’re expecting plenty of rivalry for top spot. The question is, which Manchester recruiter is the best dressed?

The Newcastle recruiter spent a year in rehab after some alcohol problems. Now they’re back on track and looking dangerous again. We don’t expect anything out of this world but with a respected manager and an improved mentality, we’re glad to have them back in the office.

Where do we begin with the Southampton recruiter? They get something good and then flog it off to their mates. Now, they’re unhappy with the reputation and they’re getting stubborn. They even submitted a formal complain to HR about the Liverpool recruiter (poor effort Southampton!). They can’t take the banter and they’re going to bomb this season. We’re looking forward to watching them fail.

Gritty, hardnosed and intimidating. These were the words once used to describe the famed and respected Stoke City recruiter. They were never going to win top biller but they always got the job done. Recently they’ve softened up. Where’s the hard-core old fashioned recruiter gone? We’re sad to say, another soft year could be their undoing.

They’ve been slowly getting worse and worse. What’s happening Swansea? If you want to keep your job, you’re going to need to buck your ideas up this season.

They’ve narrowly missed top biller for two years now. We expect them to be in the mixer again this year. Though they’re getting their excuses in early. Apparently a desk change will have a negative impact on their performance. Man up Tottenham recruiter!

After a shocking display of management last season, the Watford recruiter did well to stay in the office. They’re back this year with a well-respected mentor to help. We still don’t think they’re up to it, they’ll struggle to stay afloat.

The West Brom recruiter did so well last season, they bagged an early appraisal. Once they knew they were safe, they got complacent. Their performance tailed off and now we’re wondering whether they’re doomed to fail this year. They’re not the prettiest of recruiters, they probably won’t be missed if they do.

Another underwhelming year from the West Ham recruiter. We’re getting a little bored of having this thuggish consultant around. They may improve this year but probably not by much.

If you’re looking to promote yourself into the recruitment top flight, we want to hear from you. We have a wide range of roles waiting for outstanding recruiters. If you want to make your mark somewhere new, get in touch and we’ll help you get there.

Why Recruiting is Like Tinder
Ever noticed recruiters are always dating? It’s not just because we’re confident people. We can’t… 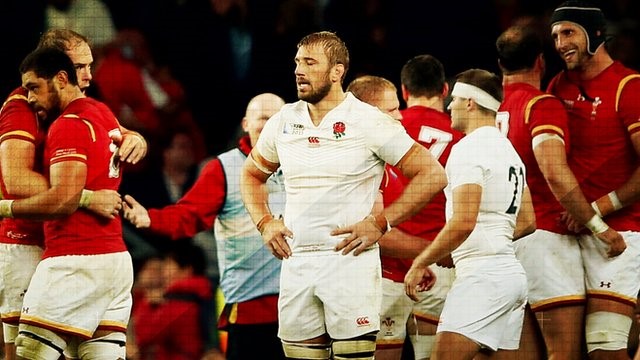 Swing Low, Sweet Recruiters
I was lucky enough to have a ticket to watch England v Wales in the…

If Recruiters Ruled the World
Recruiters can be a cocky bunch at times. They certainly like to think they rule…
Copyright 2017 - All Rights Reserved