We’ve been waiting 4 years for this moment and it actually looks like England could walk away from the tournament with a little pride intact (makes a nice change). That in itself is worth celebrating. While we enjoy the days of hopeless optimism, we need to make the most of this!

In the spirit of rinsing the World Cup for all it’s worth, we’re bringing you a trip to the pub like no other. This is The Recruiter’s World Cup Drinking Game!

Grab a pint and find your spot in front of the screen… It’s coming home!

When watching an England game, everyone in your group must take a sip of their drink every time someone shouts ‘it’s coming home’. Good luck, you’re going to need it!

Every time a game is referred to VAR by the referee, your group must immediately nominate one person to take part in this challenge. The poor soul nominated must drink continuously until the referee has made a decision!

When watching a game where England isn’t playing, it’s important to take every step possible to immerse yourself in the game. That’s why we’re calling for all recruiters to grab the closest they can find to a national drink for each country. Pick a side and every time a goal is scored, you must polish off your drink from that nation.

If you can’t find a drink from your chosen nation (it might be a little tricky to find anything from Uruguay in a London pub), grab your favourite shot and take part anyway.

Here are some recommended options:

Here’s one for all you Uruguay fans out there! Every time Luis Suarez scores, you must look for the closest plate of food (even if it’s not your own) and take a bite out of it. When confronted by the owner of the food, you must act completely innocent.

Toilet Breaks During the Match

We’re not a fan of anyone who chooses a toilet break over football. If you can’t hold it in, you need to visit the bar and buy the next round on your return trip… it’s only fair! 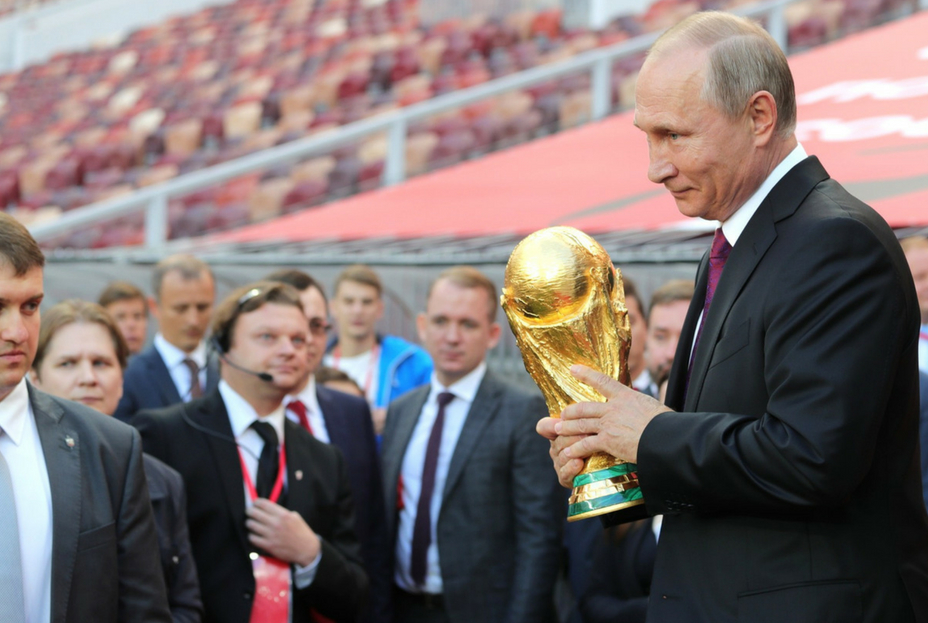 It’s commonly accepted that Mark Lawrenson is the most boring pundit and commentator on TV. But, we’ve all been there with a mate who’s sending you to sleep with their match chat.

Every time a member of your group makes a Mark Lawrenson worthy boring comment, they have to order a glass of ale and sit in the corner like the boring old man they are!

Messi, Ronaldo and Neymar may be some of the best footballers on the planet, but they sure do love to throw a strop at the rest of their team. Every time one of these three stars looks frustrated and disgruntled with their team, you all have to take a drink.

This year’s World Cup has seen more wrestling takedowns in the area than actual fair tackles. Every time there’s a WWE worthy takedown inside the area which isn’t picked up by the ref, everyone has to take a drink.

The World Cup isn’t just home to amazing takedowns, it’s also been a great platform for footballers auditioning for a leading role in the next Hollywood blockbuster. When you see a footballer pulling out the amateur dramatics, it’s time to take a drink!

England Go Out on Penalties (Again!)

However excited we get about football coming home, there is still a tiny chance we might not actually win the World Cup. We don’t mean to sound pessimistic but we do have Gareth Southgate as manager and we all know how great he is when it comes to penalties.

If England go out of the World Cup on penalties, everyone in your group has to neck their pint while stifling back the tears. All drinks for the rest of the night must be punctuated by bitter comments to the effect of ‘same old England’ and the mournful humming of Baddiel & Skinner’s Three Lions.

IF… and it is a big if, England win the World Cup, we expect everyone to be out necking their drinks all night (and possibly for most of the following week). Moreover, for the next month, every recruiter who answers their phone must greet clients and candidates with ‘it’s home…’ before continuing with their business. Failure to do so incurs a fine of one round for the entire office at the next company night out.

Working in an agency with a non-existent social life? Maybe it’s time for a change. It’s important to have a work/life balance as a recruiter. If you’re considering a change, we can help you get there. Let us know what is important to you and we’ll find the right agency for you. Submit your CV below or alternatively have a browse of our job board to get a feel for the type of vacancies we currently have on offer.

The Moving On Checklist
Switching jobs is a big deal. But, how do you know it’s the right time…

Recruitment Conspiracy Theories – DEBUNKED!
Recruiters have a bad rep, but you didn’t need us to tell you that. It…

Is Recruitment a Social or Solitary Job?
It’s the same story wherever you go. It’s in every job spec, for every vacancy,…
Copyright 2017 - All Rights Reserved