A Week in Recruitment with Alan Sugar as Boss

Lord Sugar will see you now! It’s 8am, Monday morning and the consultants quietly file into the boardroom. Only a week from going under, a failing recruitment agency has enlisted the help of East End business royalty to get them back on track. After some thorough preparation, it’s clear where the root of the problem lies. This agency is stuck in the past and there’s only one way to resolve it. This is a week in recruitment with Alan Sugar.

You Only Get One Warning

“Right,” Lord Sugar begins, “you’re all here for a reason. You’re all supposedly worthy consultants. You’ve done well to get this far but let me assure you – your job is far from safe. This is not a game, this is a one-week race for survival. If you don’t perform, you’re all gone. If I don’t like your performance, you will be fired. You only get one warning. I don’t like liars, I don’t like cheats, I don’t like arse-lickers. You may not be sitting here this time next week.”

“Over the next five days, I will be deconstructing and rebuilding the recruitment process in your organisation. You will be given a series of tasks where your performance, will to succeed and aptitude will be scrutinised.”

On day one the consultants are given new, cold desks. No leads, no database, no CVs. Split into two teams (Perm and Contract), half of each team will stay in the office and hit the phones while the other half must take to the streets.

“I just don’t see how we’re supposed to get leads from the high street. I wouldn’t talk to a recruiter on the street.”

While some are debating the thinking behind Lord Sugar’s approach, others are thriving. Tom (28, Contract) is in his element. Talking to everyone who passes his way, he’s already got five email addresses and seven phone numbers:

“I love this! It reminds me of when I was working on my Uncle’s market stall. It just takes a little bit of cheekiness and charm. If they’re not looking for a job, do they know anyone who is?”

By midday, the consultants in the office are hitting the phones hard and following up on the details passed to them by their teams in the field. The contract team’s legwork is paying off. CVs are starting to appear in their inboxes. Unfortunately for the Perm team, their reluctance is having a serious knock-on effect.

“It’s just really annoying that people aren’t getting the leads for us to chase. They need to buck their ideas up and get some phone numbers. I’m going to have to call my nan if I want to make call-time target today”.

Social recruiting is big news. If you’re not taking advantage of this channel, you’re going to get left behind. On day two, the consultants must demonstrate their social media acumen.

Again, the teams are split in half. One half are sent to prospective clients laid on by Lord Sugar. Here they will take charge of the company’s social media accounts in a bid to demonstrate a stellar understanding of employer brand. To do this, they need to know their market.

Sarah (24, Contract) has been using the client’s social media accounts to share cat videos and dank memes. The likes are pouring in but it’s not doing much for the reputation of one of London’s leading financial organisations:

“So, I got taken off the Instagram account and sent back to the office. It turns out some people just don’t like memes – who’d have thought it?”

The other half of the team are left to capture more leads. Using LinkedIn InMails, this will test each candidate’s ability to reach out to passive candidates and sell a role in an unobtrusive way. Some are revelling in the opportunity. Kayleigh (25, Perm):

“I hate cold calling, I feel this is a little less in your face. So far, I’ve had a fair amount of interest. We’ve got some exciting CVs coming through”. 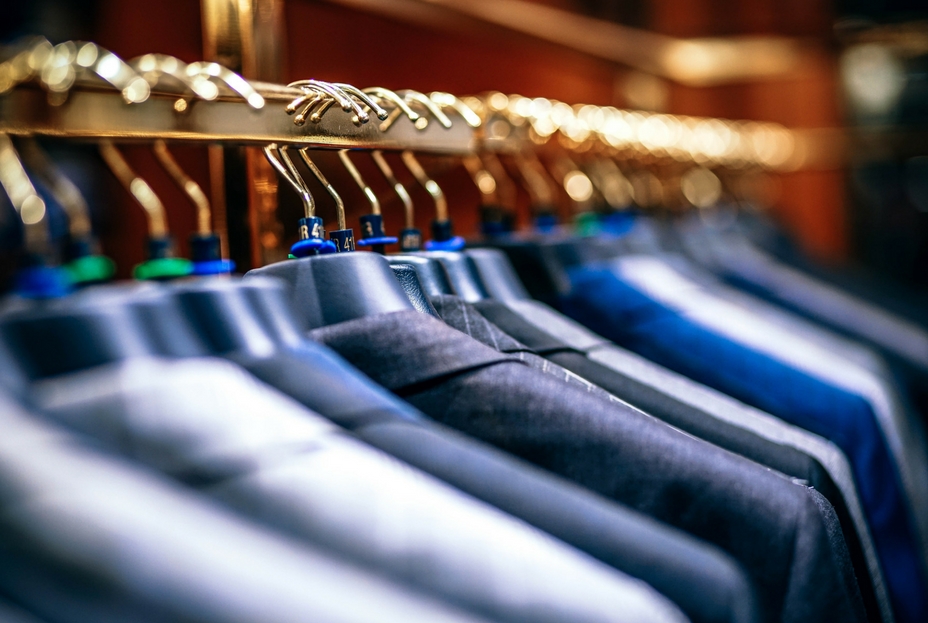 On day 3, the consultants are up at the crack of dawn wearing their best outfits. Today, they’re pitching their services to businesses with existing PSLs. This isn’t going to be easy.

Before the meeting, Lord Sugar reveals that anyone who successfully manages to negotiate their way onto a PSL will receive a bonus of £300. It’s not surprising, everyone wants to lead the pitch.

The Contract team are in disarray. All six consultants want to lead the pitch. Unsurprisingly the client meeting is a shambles. Each consultant talks over each other until Tom (28, Contract) takes control and goes for the hard sell:

“Listen, you can tell we’re all enthusiastic about helping you guys out. The truth is, you’re not going to find another agency like us. It’s a one-time offer. Take it or leave it.”

The Perm team approach the meeting differently. Each person has a different part to play. One talks the client through their needs and requirements, another asks where their current PSL is letting them down. Others discuss CVs gathered earlier in the week and finally the last consultant negotiates rates and secures a preliminary agreement. They leave with an active role to fill and the promise of a place on the PSL if they’re successful.

The next morning, every member of the Perm team wakes up with an extra £300 in the bank. 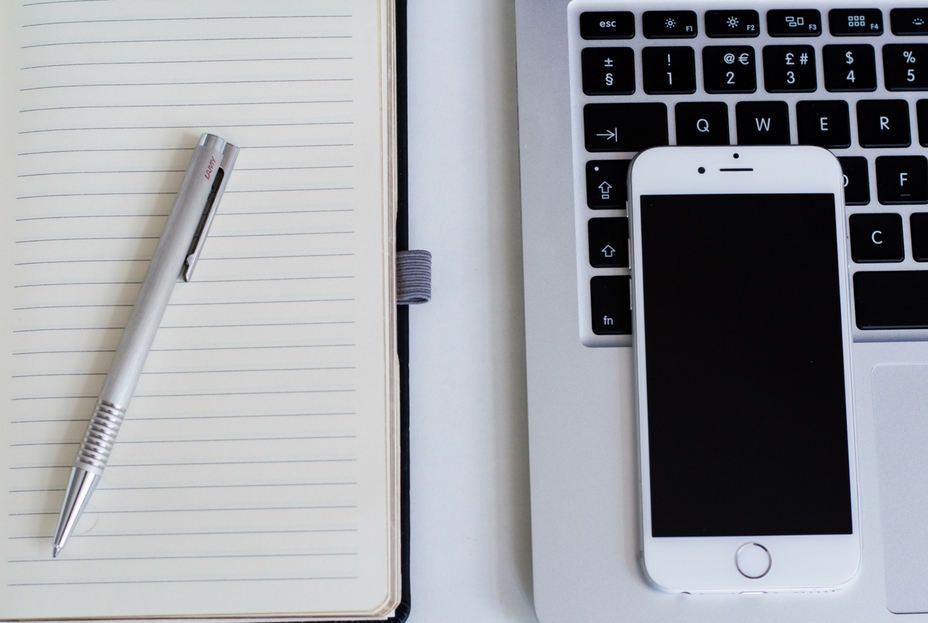 Lord Sugar calls the candidates into the boardroom first thing.

“Some of you have worked well so far, others have not. After the shocking display at the PSL meeting yesterday, the Contract team are far behind. So let’s shake things up a bit. Both teams must race to secure the most candidate interviews. The team with the lowest number of confirmed interviews will lose and out of that team, one of you will be fired.”

The gauntlet has been laid and the look of terror can be seen on each consultant’s face. At 8.30am the phones start dialling.

At 10am, Danny (24, Perm) is the first to secure an interview for his potential PSL client. His candidate is prepped and ready to go – he spends the next few hours chasing leads and manages to book a second candidate in on the same day. Sipping coffee in the kitchen he boasts about his contribution and gives Karen a wink – the look of disgust on her face is unmistakable.

Other consultants race to get their interviews confirmed. Some are successful, others are not. At 7.30pm the phones stop dialling and the confirmation emails are in. Tomorrow, one recruiter will be leaving the sales floor for good.

The consultants wait silently in reception, tensions are high. As they’re told to enter the boardroom, some heads are held high, others turn to the floor.

Lord Sugar looks to Claude for the Contract team’s results:

“Overall, the Contract team managed to get 10 interviews confirmed with one last minute drop out – making a total of 9.”

The Perm team look quietly confident and smug as Lord Sugar asks Karen for their results:

“Well, the Perm team managed to confirm 14 interviews in total…”

“…However,” Karen interrupts, “we’ve had a complaint from the client. It would turn out the candidates Danny booked in for an interview were underqualified for the role described to him. The client also told me they’re unhappy with the way we do business and so have dropped us in favour of their current PSL. The position in question actually had 6 interviews booked from the team yesterday meaning they’ve only got 8 confirmed.”

The Contract consultants breathe a sigh of relief while Danny’s head drops. It doesn’t look good for him.

As the Contract Team walk out to celebrate their success at this week’s lunch club, the Perm team debate the loss in the kitchen. Everyone’s eyes rest on Danny.

Back in the boardroom, he tries to plea for his place in the team. He blames Kayleigh for taking his candidates, he complains about the week’s activities and slags off Freddie’s work ethic.

“Right, I’m sick of hearing your rubbish,” Lord Sugar cuts in, “you’ve show a blatant disregard for the process, you have lied about your team and above all, you’ve lied to our clients. This isn’t a second hand car sale – these are ongoing business relationships. You’ve lost us a huge opportunity. I’ve made up my mind…”

Where’s Your Role in Recruitment?

You don’t have to go through a gruelling five-days with Lord Sugar to prove your place in the recruitment industry. If you’ve got previous experience in the industry and a willingness to succeed, we want to hear from you. We have a number of exciting senior roles waiting for recruiters just like you. Browse our experienced recruitment consultant vacancies here.

Future Recruitment: Predictions, Tech & Trends
Technology is advancing faster than you can imagine. Every day we’re hearing about new and…

Your Craziest Candidate Excuses Exposed
Earlier this month, we ran a competition where we asked recruiters around the country to…